For more information about the Queensville firearms range, about availability, for booking the shooting range, for rules and procedures, please check here. 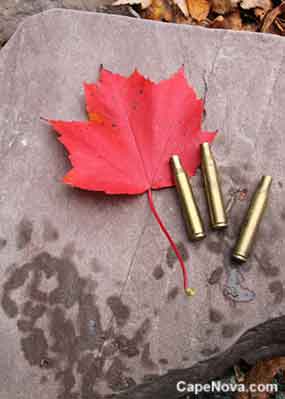 Our members are of all ages, genders and income classes. With other words: we are regular people like you. You do not have to be a professional or a skilled shooter to join us. For more information on who can join, on how to become a member at our gun club and how much it costs, check here. 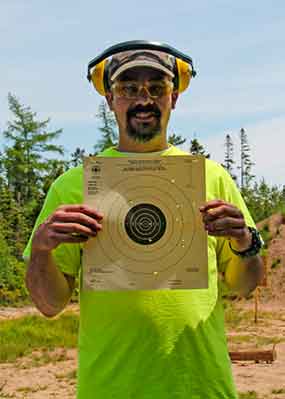 What about this gun club? How to become a member and what are the costs?
Announcements

Enjoy sport shooting in a clean and safe environment, experience comradeship and sportsmanship in our rifle and revolver club on Cape Breton Island, Nova Scotia, Canada! Just check out some photos from our club shoots and our events. For our Photo Gallery, please check here. 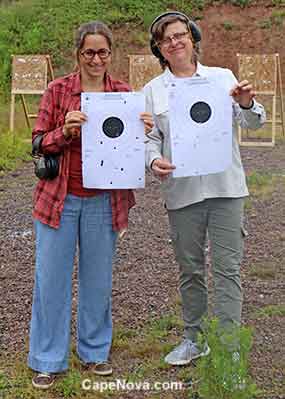 Do they have fun at Cape Nova?
Can I see some photos of the club shoots?

Anyone in Canada wanting to acquire a firearm must take the Canadian Firearms Safety Course and pass the written and practical tests. A part of knowing about firearms safety implies that you have knowledge about how firearms work. Learn the basics. For more information, please check here. 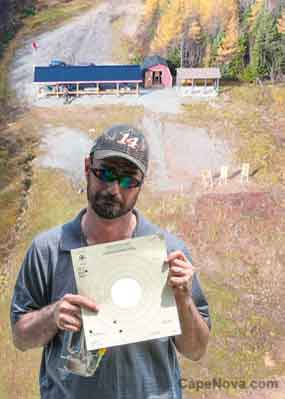 Do you have questions?

Who are we at Cape Nova?

We are a group of law abiding citizen sharing the passion of sport shooting.

We are not affiliated with any specific political party or direction. We do not tolerate any form of undemocratic behaviours, extreme right or left ideology or any form of racism and violence.

We expect any of our club members

to share our Canadian values and to show good Sportsmanship. We do obey all Canadian laws and regulations with no exception.

Who runs this Sport Shooting Club?

Our club is run by our members who volunteer their time and expertise. Once a year we hold our Annual Membership Meeting and elect our Board of Directors. We are financed through membership dues and donations. 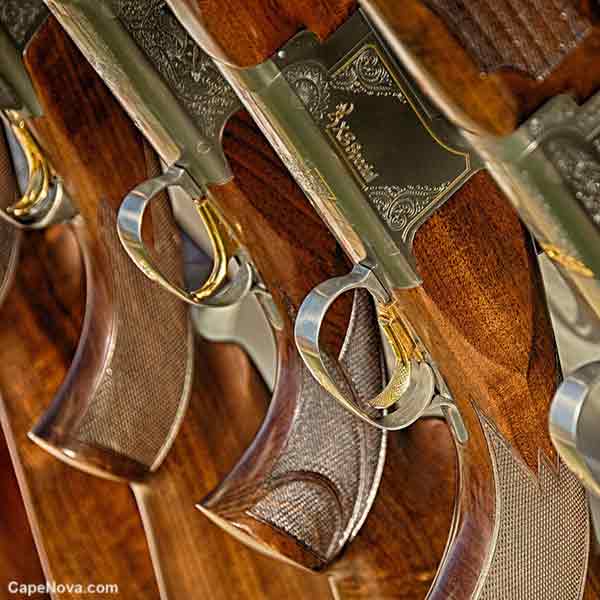 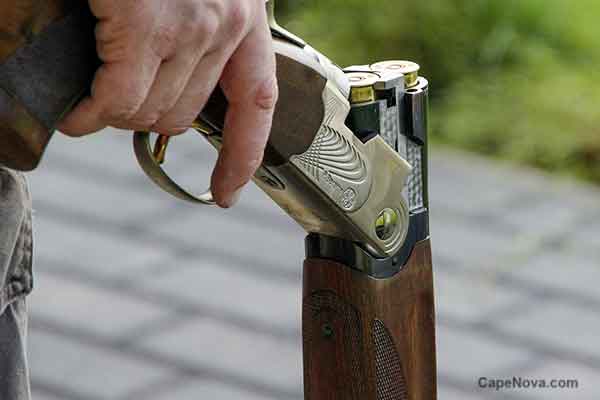 What you need to know about the Government of Canada’s new prohibition on certain firearms and devices? Check here for more information Info from and Link to RCMP Website

Wasting hundreds of millions of taxpayer dollars to buy guns from law-abiding Canadian sport-shooters is not a way to reduce crime. The Canadian Taxpayers Federation filed court documents to intervene in the Cassandra Parker case to oppose a policy that will cost taxpayers a lot of money, but won’t make anyone safer. The Canadian Taxpayers Federation is applying to intervene in a second court challenge against the gun ban and buyback led by the Canadian Coalition for Firearm Rights. The two cases are slightly different, but they give us twice as many shots at taking down this expensive and unfair law. More information here – extra page coming.

Law-abiding firearms owners are among the most vetted citizens in Canada and should not be in the crosshairs of the Trudeau Government. Take the illegal guns away from criminals not from the law abiding citizens! The Canadian Coalition for Firearm Rights – CCFR - filed legal action on May 26, 2020. Following the Order in Council, the RCMP began making amendments to the Firearms Reference Table (“FRT”), changing the classification of hundreds of firearms to “prohibited”, thereby unilaterally writing law and creating criminals out of law-abiding Canadians. Accordingly, the CCFR is asking the Court to declare that these purported “bans by FRT” are of no force or effect, both for similar reasons as applied to the regulation above, as well as the fact that the RCMP simply have no legal power to unilaterally make laws reclassifying firearms in Canada and creating criminals out of Canadians. This is especially troubling given that the RCMP aren’t even notifying the affected Canadians about these unilateral reclassifications. Because the firearms affected by the regulation and the “bans by FRT” are in fact reasonable for use in Canada for hunting and sporting purposes, the CCFR is asking the Court for a declaration of that, and also for a consequential declaration that all of these firearms are to be deemed to be classified as non-restricted for all purposes, and therefore may be enjoyed by Canadians for both hunting and sporting purposes. In order to protect the interests of Canadians from irreparable harm in the interim, the CCFR is also asking the Court to grant an injunction staying the effect of both the regulation and the “ban by FRT”, until these matters can be properly adjudicated. This court action is the first in a series of actions planned by the CCFR to defend the rights, freedoms and liberty of law-abiding Canadians. More information here – extra page coming

AIMS OF The Cape Nova Rifle and Revolver Club

Encourage and facilitate shooting at a reasonable rate for family participation. 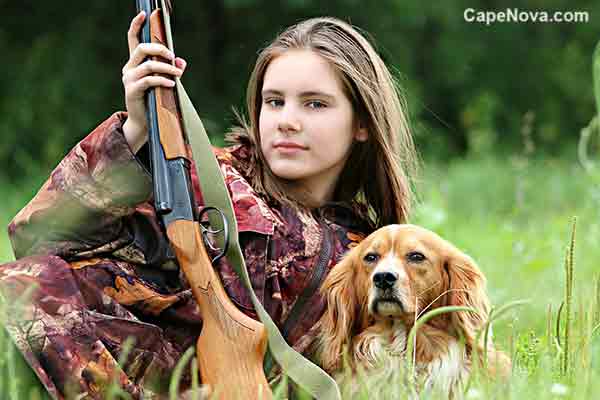 Letter of our club’s president to Mr. Ralph Goodale, that time Minister of Public Safety and Emergency Preparedness of Canada

We, the members of The Cape Nova Rifle and Revolver Club are concerned about Bill C-71.

Dear Mr. Goodale,
I am writing this letter on behalf of the members of the Cape Nova Rifle and Revolver Club in regards to bill C-71. We have well over 140 members who are comprised of hunters, collectors as well as sport and competition shooters some in which compete at a national level.
We have chosen to write this in opposition of this bill as we feel it unjustly targets our members, our hobbies, our past times and our passions.
This bill does nothing to stop gun violence at the hands of criminals. The only thing it does is make more paper work for the law-abiding firearms owners. We are already the most scrutinized people in the country with daily criminal record and background checks through CPIC. We understand the need for a safe society without gun violence and we do our part as law abiding citizens. Using precious resources to make it more difficult for us law abiding citizens with knee jerk reactions does nothing to stop the violence and illegal actions of actual criminals. Less resources should be used targeting legal firearms owners and more should be spent combating the criminals who don't abide by the laws anyway.
Please respond,
Chris MacDougall
President Cape Nova Rifle and Revolver Club

This letter was mailed out via Canada Post to Mr. Goodale, Minister of Public Safety and Emergency Preparedness. Mr. Goodale did not respond.

Our Position to the New Gun Laws in Canada

Our position is clear: fight gun violence and go after criminals. Period.
We, the board of directors and the members of The Cape Nova Rifle and Revolver Club are in favor of enforcing the existing gun laws in Canada!

But at this point we must say that Ottawa is taking legally owned guns from licensed owners instead of criminals.
Even the Police union questions this gun ban!
The hundreds of millions of Dollars (probably billions) the federal government plans to spend confiscating guns from licenced gun owners could be better spent stopping gun smuggling and countering gang violence.
These new firearms regulations have not been gone through a democratic process in Canada. They have been ordered by a Liberal Minority Government!
The gun ban was enacted through regulations approved by an order-in-council from cabinet and not through legislation.
These steps of civil disarmament have not been debated in Canadian Parliament like it used to be before the COVID−19 pandemic.

Thank you to every Canadian who signed the Petition to the Prime Minister  e-2574 (Democratic process) making it the most signed Parliament of Canada e-petition in history with 230,905 signatures so far!

More information to this topic can be found here.